Back in April 2014 residents of Jermuk and Gndevaz as well as number of environmental NGOs and civil initiatives sent a complaint to IFC’s Office of the Compliance Advisor/Compliance (CAO) about “Lydian International” company’s open-pit gold mining project in Amulsar and construction of cyanide factory for this purpose. 148 residents of Gndevaz village sent a separate complaint in July of the same year. CAO accepted these complaints and later considered them as a joint complaint. As a reminder, CAO is an independent body that is directly accountable to World Bank’s president and it reviews complaints from communities which suffer from projects carried out by World Bank’s IFC. 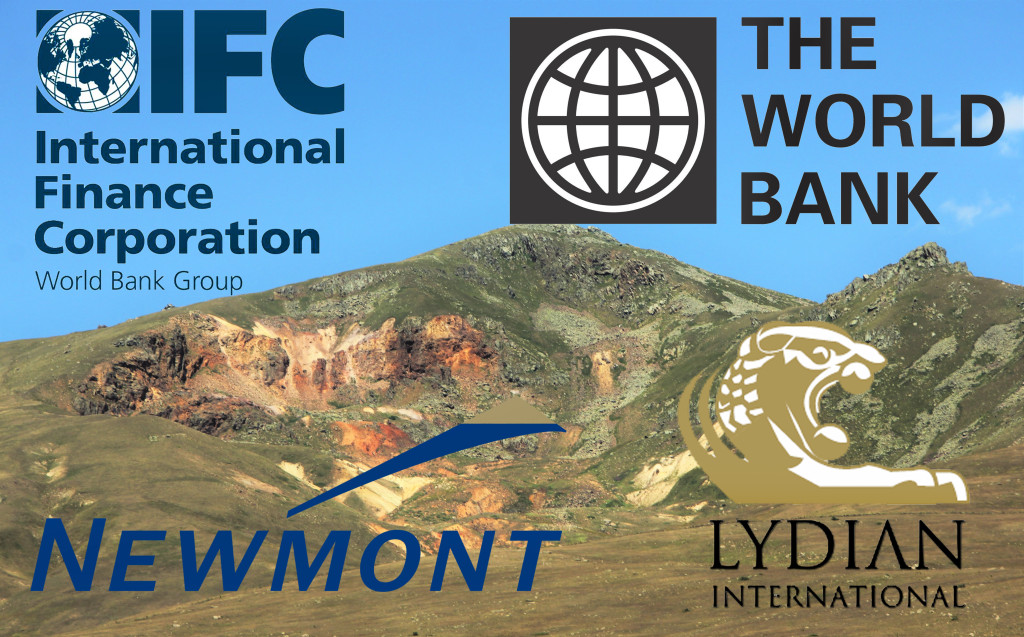 IFC supports the promotion of Amulsar project and it first made an investment in 2007 supporting studies in mine resources belonging to Lydian in Kosovo, Armenia and Turkey. After this investment 6 additional investments were made and 5 recommendations for shares were provided. Currently IFC owns 7,9 percent of shares and starting from 2007 it invested more than 16 million USD. Thus IFC has had a serious engagement in promoting Lydian starting from the beginning.

On June 19, 2017, International Finance Corporation’s (IFC) Office of the Compliance Advisor/Ombudsman (CAO) sent its final report about the complaint on Lydian International’s gold mining project in Amulsar to IFC’s management for official response. IFC must respond in 20 working days after which all documents will be presented to World Bank’s president for finalization and publication.

However, in previous reports published by CAO there are facts that need additional attention and serious analysis. Besides, in the past two years new substantial ecological circumstances and expert conclusions have come out (also carried out by international organizations), which should be considered when reviewing the abovementioned complaint prior to making a final decision.

Here are some of these facts and conclusions:

CAO concluded regarding this issue that “on the basis of the material reviewed in the course of this compliance appraisal, it is unclear to CAO whether IFC’s pre investment E&S review was commensurate to risk and thus whether IFC had a reasonable expectation that the project would meet the requirements of the Performance Standards. In particular, CAO has questions as to the conclusions of IFC’s E&S review in relation to the project’s impacts and the extent of community support for the project, given that IFC environmental or social staff did not conduct a visit to the project site.”

We support this conclusion of CAO. IFC could not have an objective assessment in 2007 regarding public support for this project especially because back then the society had no information regarding this project in Amulsar, no assessment document was available to the public and there had been no public discussions held about this project. More surprising is IFC’s confidence that the project will not result in any negative environmental impacts.

2․ In the same report CAO mentions that in the documents dating back to 2007 regarding the finalized initial investment it is mentioned that involvement of a big international mining company (Newmont) as the biggest investor of the project should inspire confidence in the quality of Lydian’s management team and its assets, as well as assure that Lydian’s assets will be distributed according to best experience in the industry.

CAO’s report states “In May 2009, IFC made a follow-on equity investment in the company, focusing on the Amulsar project. However, no specific site due diligence was conducted as IFC relied on its existing supervision of the company in this respect. IFC documentation related to this follow-on investment notes that Newmont was expected to exercise its option to increase its share of the JV to 80% by the end of 2009 and the project could reach production by 2011”.

In its conclusion CAO has questions regarding this issue as well, since in 2010 Newmont subsequently exited this project , while IFC had had confidence in this project thanks to Newmont’s involvement and assured that Lydian’s assets would develop based on best practice in the industry.

We also share these concerns since offshore company Lydian has no experience in mining industry and thus it could get no financial support from various financial organizations. It is thus obvious that in this case the guarantee for this project’s success was the engagement of one of the world’s biggest companies – Newmont. It is unclear why IFC is indifferent towards this issue and continues supporting this project after Newmont left in 2010 and despite the change of implementation time frames.

3․ CAO’s report also makes it clear that at the beginning stages IFC expressed concerns regarding the communication with the communities near Amulsar since the consultations were mainly with village leaders but not with the wider community. IFC also questioned Lydian’s methodology of selecting project affected communities. IFC commissioned the company to review its process of selecting stakeholders and enlarge its project affected area including Jermuk town.

However, this task was disregarded by Lydian during the following 6-7 years and Jermuk was considered as an impacted community only in 2016 in the last phase of the project. Thus, the biggest community that is near the project location (8-10km) which in its turn is world famous for its mineral waters and health resorts had had no opportunity to impact the decision making process since the beginning. This is a stark violation of Aarhus convention ratified by Armenia, and IFC could not have missed this. However IFC continued trusting Lydian after all this, even though it did not even carry out this small task.

4․ CAO’s report avoided covering the environmental and social problems that can happen if the mine is exploited. These problems were raised numerous times and these problems were presented both in 2014 complaint, during the meetings with CAO representatives as well as in the letter by environmental groups written in April 2017 to IFC and World Bank. However, IFC continuously mentioned that it supported the phase of the geological study and until the exploitation there is no need to discuss this issue. In 2007 IFC already decided that “visits to the location and analysis of the project information allow to conclude that biodiversity and natural resources will not be affected”. At the same time the gold project in Amulsar was categorized as B class project, which means that it will result in limited unfavorable social and environmental risks and (or) outcomes.

During these years a number of Armenian and international independent experts revealed various ecological and social problems that have not been properly assessed by Lydian and have not undergone serious expertise by the state. One such problem is the possible negative effect on mineral and fresh water supplies, which is often not manageable. IFC’s and Lydian’s claims are groundless when they state that no serious harm will be caused as a result of open pit mining, processing 10mln tons of ore annually with sodium cyanide and emissions of all types of pollutants which will be within the permitted limits. The global experience shows that even experienced mining companies with big financial resources following IFC standards still adversely impact the nature (see here and here).

Also we should mention that starting from 2015 till now Armenia’s Administrative court is examining the suit by Gndevaz residents and 2 NGOs demanding annulment of the state permissions and conclusions given to this project.

Gold project in Amulsar will become an ecological disaster for Jermuk, Vorotan-Arpa water tunnel, Spandaryan and Kechut reservoirs, Lake Sevan, Arpa and Vorotan river basins. Important water supplies in Armenia and the region will be exposed to hundred years of continuous pollution by heavy, dangerous and radioactive metals. We cannot afford that and thus we call on IFC as well as other investors supporting Lydian not to proceed with this project and not to become accomplice in ecologically challenging gold project in Amulsar.

The Environmental Disaster in Teghut No Longer Possible to Cover Up: Denmark Pulls Out From the mine

Posted On 20th October 2017 ~ 0 Comments
Yet one more positive outcome of the consistent efforts of active citizens and investigative journalists On October 16, 2017 Denmark’s Export Credit (EKF) agency, a…

Armenia needs waste recycling as much as Europe does

Posted On 10th April 2018 ~ 0 Comments
Several weeks have passed since we posted our video material about the new landfill project. The question of landfill construction built with loans and grants and without…