Since some people believe that negative effects of gold mine in Amulsar are impossible “thanks” to International Finance Corporation’s (IFC) engagement in this project and its high social and environmental standards, below we present an article which will disperse this myth.

On April 2017 a new report has been published unveiling the negative impacts of projects in Africa supported by World Bank Group’s lending arm IFC through its financial intermediaries. The report was published by Inclusive Development International, Accountability Counsel, Bank Information Center, The Oakland Institute and Urgewald. 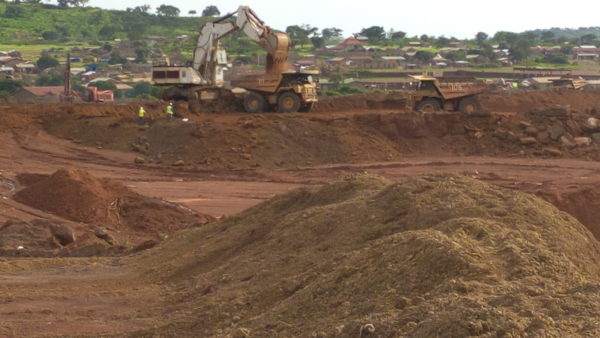 “In Kintinian – one of the communities of northeastern Guinea, one of West Africa’s poorest countries, there was gold under the land, and a mining company wanted it. The firm, called Societe AngloGold Ashanti de Guinee, or SAG, has held a concession since 1998 to mine a 1,500-square-kilometer area. In 2015, SAG announced that its existing mines in the concession had been depleted. The company needed new land to mine. According to numerous community members interviewed for this report, the company moved in with government security and defense forces and compelled the families to sign inventories of their possessions, often at gunpoint. The mixed forces included members of the notorious Presidential Guard, known as the Red Berets, an elite unit that massacred and raped hundreds at a political rally in the capital in 2009.

“I signed over my land with a soldier pointing a gun at me. I had no choice,” said Bassy Camara, 42, a small-scale gold buyer who lost his home and his business. “If you had a man standing over you with a gun, what would you do?”

SAG is a subsidiary of AngloGold Ashanti, a South African gold mining company with operations on three continents. The sole purpose of SAG, a joint venture with the Guinean government, is to mine the concession in Guinea.

AngloGold Ashanti is the world’s third-largest gold mining company. The company generated $4.25 billion in revenue in 2016.

In 2015, AngloGold Ashanti received a loan worth 1.4 billion South African rand (approximately $102 million) from two commercial banks located in South Africa. The loan was general in nature, meaning the company could use the money as it chose, including funding its mining operations around the world.

One of those lenders, Nedbank, is a financial-intermediary client of the International Finance Corporation (IFC). The World Bank’s private-sector arm provided Nedbank with $140 million for “cross-border lending across Africa, including capital-intensive projects.”

Through this financial relationship, IFC money could be used by AngloGold Ashanti to operate and expand the mine in Guinea. Moreover, profits from AngloGold Ashanti and the mine have moved up through Nedbank and on to the IFC, in the form of interest from the loans. In other words, the IFC, whose mission is to fight poverty and support sustainable private sector-led development, is both indirectly financing and profiting from a project that is harming and further impoverishing the poor.

The IFC’s exposure to the mine fits a pattern. An ongoing investigation by Inclusive Development International has found that the IFC is indirectly funding some of the most harmful investment projects in the world. The World Bank Group member is doing this by channeling the bulk of its funding through shadowy investments in financial intermediaries, such as commercial banks and private equity funds. The IFC poured over $50 billion between 2010 and 2015 into the financial sector, where it has little control over or even knowledge of how that money is used.

Although the IFC’s financial-sector clients are required to implement the institution’s social and environmental Performance Standards, the evidence suggests that this is not happening in practice, contributing to headline-grabbing abuses. And since the IFC does not publicly disclose the end use of such funds, the World Bank Group can frame the deals in terms of job creation and poverty reduction — when in fact the funds often flow to projects that undermine these goals.

When the Nedbank loan was announced, IFC official James Scriven praised the deal. “IFC, the [African Development Bank] and Nedbank share the objective of increasing social and environmental awareness in the financial sector, helping to contribute to more sustainable economic development across Africa,” Scriven said. ( The African Development Bank provided a concurrent $140 million loan to Nedbank.)

Yet in Guinea, the IFC’s support for Nedbank has created anything but sustainable development. Deprived of their land and livelihoods, and given paltry compensation by AngloGold Ashanti, the relocated families have spiraled into destitution. “We don’t have enough food for our children,” said Lala Condé, a mother who lost her home.

The mine has also caused serious environmental damage. AngloGold Ashanti uses cyanide, a deadly toxin, to wash the gold in preparation for refining. During rainstorms, which occur frequently in tropical Guinea, residual cyanide has flowed into the area’s water sources, killing fish and livestock and poisoning drinking water, according to community members.

AngloGold Ashanti has made a number of promises to the people whose lives it has upended. It has pledged to provide jobs, irrigation, drinking water and electricity to those it evicted. Yet community members say that the company has kept few of those promises. 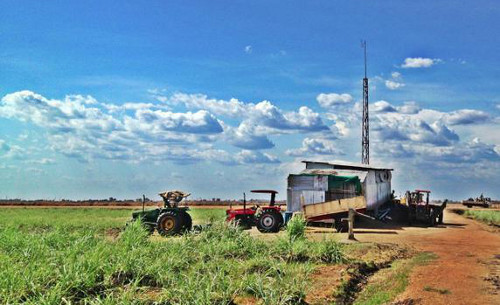 Nearly a decade ago, in the wake of the global financial crisis, food and commodity prices soared, creating an unprecedented moneymaking opportunity for investors.

Large multinationals, in search of cheap land to grow crops and extract minerals, rushed to Africa to make deals. Huge swaths of land have been granted to these firms, mainly in the form of long-term leases for mining and agro-industrial projects. Between 2008 and 2010 alone, investors acquired between 53 million and 61 million hectares of land on the continent, an area roughly the size of Ukraine, according to an academic analysis of media reports collected by the International Land Coalition

Yet by encouraging foreign investment in land that was deemed “idle” or “empty,” these policies have enabled the seizure of land that local people have sustainably used and managed according to their traditions for centuries. To those affected, these deals have been nothing more than land grabs, resulting in dispossession and displacement on a massive scale.

In Ethiopia, the IFC indirectly financed the Indian agribusiness company Karuturi Global through ICICI, a top Indian bank that the IFC provided with $150 million in 2006. In 2010, with financing from ICICI, Karuturi signed long-term leases for 111,000 hectares of land to develop sugarcane, corn and oil palm plantations in the Gambella region. Thousands of indigenous Anuak and Nuer people were forcibly displaced from the area that was simultaneously offered to foreign investors, including Karuturi, under the government’s “villagization” program, according to the Oakland Institute.

In Gabon, Ecobank Transnational, an IFC financial-sector client, has financed oil palm plantations and processing facilities operated by the Singaporean company Olam. The project is being developed on a 300,000-hectare concession that local and international environmental groups warn threatens to destroy large areas of the Congo Basin rainforest, harming biodiversity and the livelihoods of thousands of people. 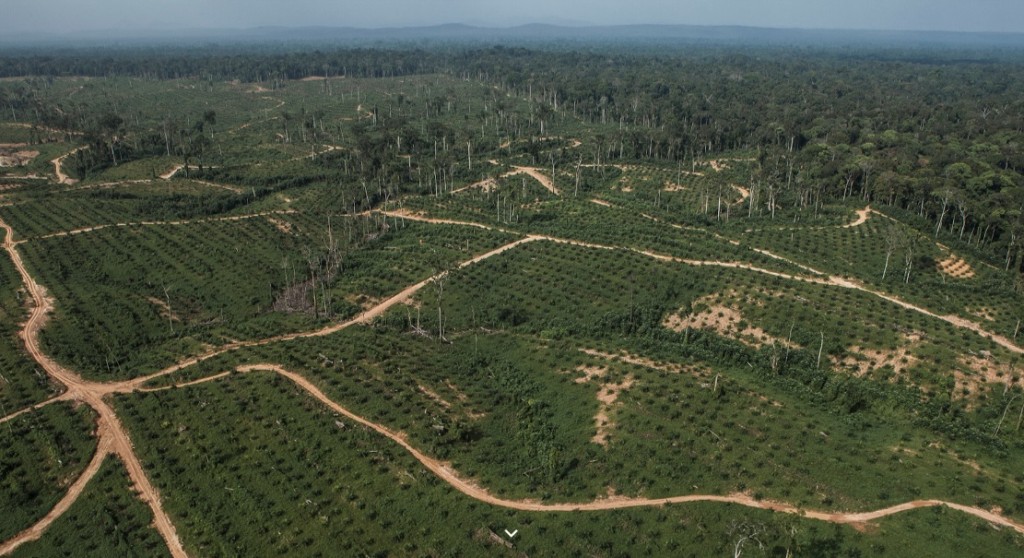 Cutting the rainforest for the sake of palm oil business-humanrights.org

The IFC’s exposure to these projects demonstrates the risks of financial-sector lending. Yet the World Bank Group member has doubled down on the practice in recent years. The institution’s outstanding commitments to commercial banks, private equity funds and other financial intermediaries have risen by 45% since 2010. According to the IFC’s own data, between 2013 and 2015, its lending to financial intermediaries categorized as “high-risk” jumped by 300%, from $450 million to $1.3 billion.”

What is going on at Teghut Mine (Video)

Posted On 20th January 2018 ~ 0 Comments
On the 19th of January human rights defender Arthur Sakunts posted on his Facebook page: “Reliable sources informed us that cracks have appeared on the…