One can conclude this judging by the comments that can be found on Toronto Stock Exchange page of Lydian International offshore company. Here, a number of shareholders of the company are concerned with the company’s activities since they do not get replies to their phone calls or emails from the company. They write that they are trying to get in touch with Lydian to find out why for example Howard Stevenson resigned, or how the company appointed the new president. One of the comments is as follows, “Not sure what happened here – LYD replaced their CEO and put in the guy who led Eco-Oro, which is suing the Colombian government.  Not sure why LYD did not give themselves more time to find other alternatives.”

Another comment asks the following, “I too tried to get more info regarding the sudden departure of Stevenson and much more importantly, how the company planned to address the $40 million overrun. Squat response. I personally get very nervous when I see the company say they remain committed to bringing the project on stream this year. I interpret this as meaning there is now significant doubt that such is the case. The Scotia analyst this A.M. said he (conservatively) assumed the company would raise $60 million US at 30 cents Cdn, dilution of 34%. Obviously, this story has developed leprosy in the last 2 months. I still see potential but have cut back my exposure big-time.”

Another shareholder’s response, “When I spoke to management during the PDAC in March I along with other shareholders shared with them our deep dis-satisfaction if they decide to raise the funds via a stock dilution. This would be a slap in the face to all existing shareholders as it will basically wipe out any value that we had in the company. If this happens I will make sure that every share I have, along with colleagues, family, friends and others to vote against this management and BOD if they are determined to destroy shareholder value in this fashion.”

“I don’t see mine to be open this year. Also, I know Armenian people, they are not a sheeps. It’s not like in Africa you can send warlords and shut up any villages, it’s not going to work here. So, Amulsar have a problem here. The only way it can end if Amulsar draft some new agreement with the town and it cost money and delays. Corruption widespread, for sure city bosses encourage this stands as they see they can get money from Amulsar. Better look for other stock with opportunity…”

“I agree. There are no way too many red flags here. I was ok with a couple but now the unknowns are many.”

Shareholders were also alarmed by the strike that happened recently as a result of inner political shifts in the country and which has pushed the construction workers in Amulsar leave their workplace and join the strike. The company had attempted to present this as the company’s good will since they did not hinder the freedom of expression of their employees. 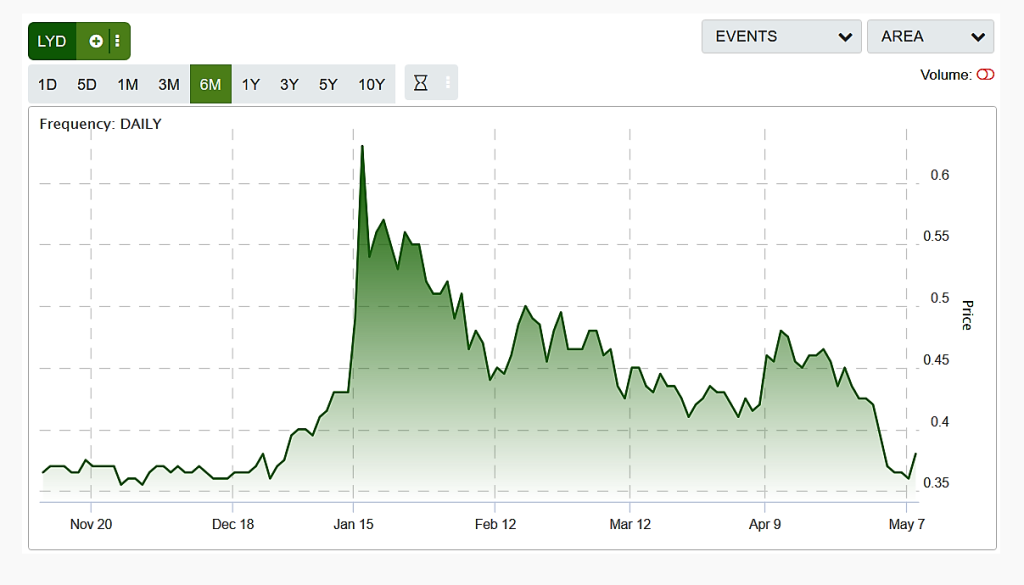 Anyways, both for shareholders, as well as for us it was unexpected and doubtful as to why the president Howard Stevenson left the company (especially on May 1st). Has it anything to do with the retreat of the corrupt political-economic elite of Armenia, or there might be other issues? Maybe the reason why Stevenson (who gave so many promises) eventually resigned is because of the growing dissatisfaction of the residents of the local communities against the mine, as well as the opposition of the experts and environmentalists, as a result of which only in the past ten days the value of the company’s shares dropped in 21% reaching from 0.45 to 0.35? Or might there be a problem with this extra 40 million USD expenditure?

And who is the new director? Among number of mining companies led by Joao Carrelo, one is of particular interest. Eco Oro Minerals Corp. that was headed by Carrelo between 2012-2014 is now famous for a court case. This company planned to start a gold mining in 1994 in Santander region of Columbia.  This area is an important source of water (providing water for over 70% of Colombians), as well as it has a unique flora and fauna. Although the Colombian law prohibits extracting material in this area, companies used the loopholes in the laws to carry out harmful mining projects.

The World Bank’s private lending arm, the International Finance Corporation (IFC), backed Eco Oro in 2009, investing $11 million in company shares before an environmental and social impact assessment had been done. Here as well (as in case of Amulsar) the locals sent their complaint to the IFC’s Compliance Advisor Ombudsman (CAO), which investigated the case for 4 years and reached the conclusion that IFC performance standards had not been met. The CAO reported that the company did not complete the required studies, such as an Environmental and Social Impact Assessment, a biodiversity baseline study, and critical habitat assessments. The IFC had also failed to assess the impacts of the entire mining project. Colombian courts in their turn had ruled that mining in this area was illegal, and the project has been halted for some time. As a response, the company decided to sue Colombia using the Canada-Colombia trade agreement in the World Bank’s investment court (ICSID).

As a result of continuous protests, the IFC quietly announced it had divested from Eco Oro in 2016. The company expects to get around 764 million USD as a compensation while having invested only about 250 million USD in the project. The decision is not expected earlier than November.

So now the question is how and why exactly Eco Oro’s ex-president Joao Carello was appointed as the president of Lydian International. Is Lydian expecting the suspension of its activities some time soon so it wants to have someone experienced in court cases who will also guide Lydian International? Anyways, both Lydian International and Lydian Armenia are doing their best to involve individuals in their team, who have certain scandalous experience in the past. In January 2018, Lydian International announced about appointing Rodney Stuparyk as the general manager for gold project in Amulsar. The latter has previously been the vice president of Risk, Compliance, and Sustainable Development at the notorious Kumtor gold mine in Kyrgyzstan. We covered the case of this mine sponsored by EBRD and which threatens water resources of the region, negatively impacts the climate, violates human rights of the locals, etc.

The scenarios seem similar in all these cases. International banks make investments in projects without paying attention to social and environmental outcomes. Where these kind of investments bring forth the locals’ dissatisfaction, resistance of the locals through courts or other medium takes place and goes on for years. Where locals’ resistance is resolute, opportunities arise to stop projects oppressing the people and harming the nature. Armenia is also going through changes as it is resisting against oligarchy, corruption, mines, etc. When construction workers in Amulsar joined the strike, they did so not thanks to Lydian’s permission, but as a result of their resistance to oppressors, be it political or economic. This is also clear for the company and that is why they might leave their shareholders’ questions unanswered.

We call on all shareholders at Lydian to once again watch this video (it has English subtitles) and learn that this resistance was also against the mine and yes, you’d rather search for opportunities in other stocks, especially since according to some sources, Lydian’s gold project in Amulsar is based on false data. Some estimate that there is no such amount of gold (2.6 million ounce as stated by Lydian), but instead only about 705 thousand ounce of gold exist there. But more than that, this project has a lot of legal shortcomings, and so even if Lydian tries to sue, it has high chances to lose. For example a new factor that was concealed by Lydian was the fact that it had not properly assessed the potential of acid drainage at the mine site harming water sources there. This was revealed by the independent experts in 2017.

Posted On 19th December 2016 ~ 0 Comments
To the Founders of the Aurora Humanitarian Initiative Members of Board of Directors of Ameriabank CJSC Noubar Afeyan Ruben Vardanyan Dear Mr. Afeyan, Mr. Vardanyan,…

Posted On 24th June 2018 ~ 0 Comments
On June 23, 2018 Dr. Ann Maest and Dr. Andre Sobolewski held a press conference during which they spoke about their trip to Amulsar, results…

Why Amulsar should not be exploited?