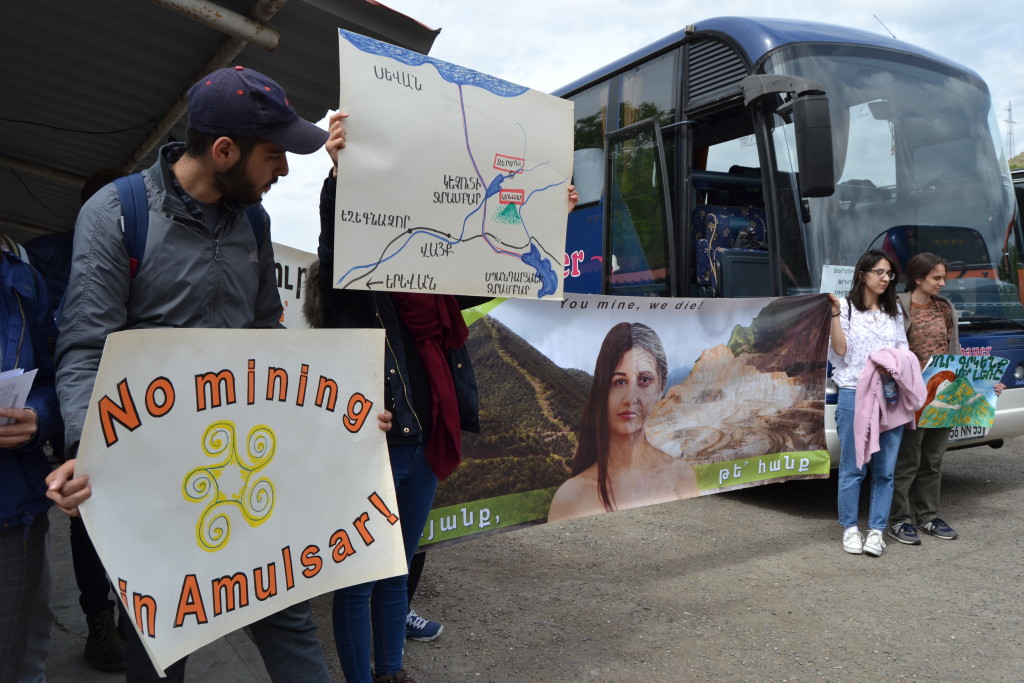 On the 28th of April a group of environmentalists, activists had a trip to Amulsar. These days, when Armenia is going through revolutionary events, when the prime minister of the country has resigned, several ministers, including the minister of Nature Protection have stepped down, this trip was an important step for supporting the locals in expressing their opposition without fears against the possible exploitation of the mine. 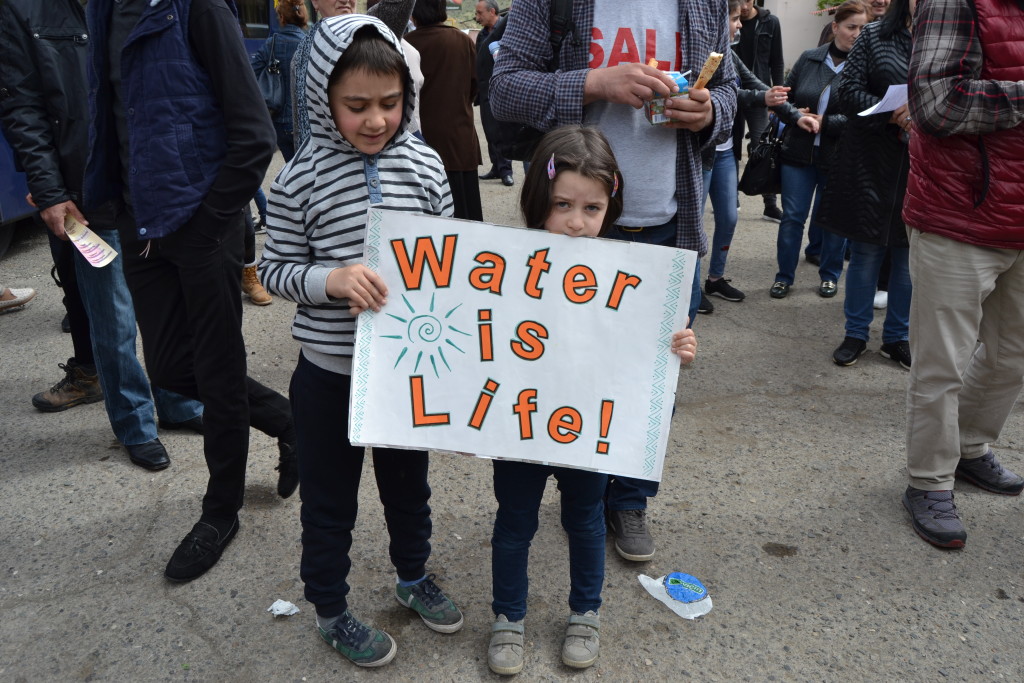 For that purpose the group made several stops in those towns and villages which will particularly feel the negative effect of the mine – Areni, Yeghegnadzor, Vayk, Gndevaz, Jermuk. In Gndevaz residents of Gndevaz and Jermuk joined the group and everyone headed towards the mountain calling for Lydian to leave Armenia. Later on everyone moved to Jermuk and made similar calls there. 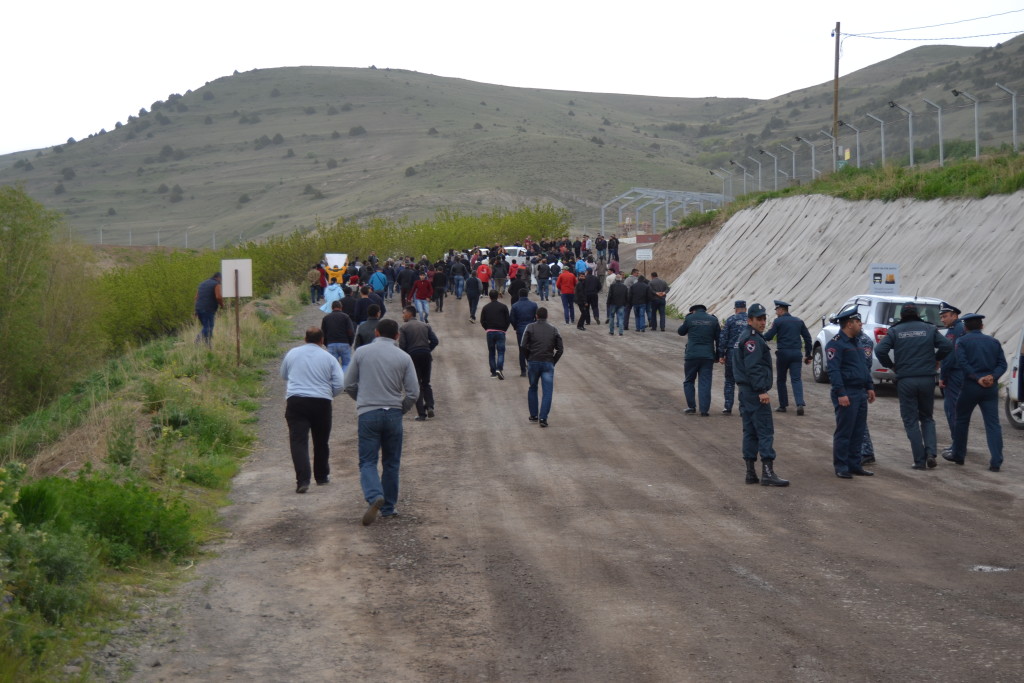 During our conversations with locals in Jermuk it became clear that everyone is concerned with the possible exploitation of the mine. Moreover, everyone was dissatisfied with the huge amount of dust in the air, while the rain made it clear that residents’ concerns were substantiated. This is in case when the exploitation has not even started and only preliminary works are taking place. As a result of rain, clothes and cars were covered with dust. The dust from the mountain basically reached Jermuk town also revealing Lydian’s lie that it will manage the dust and it won’t go far with the wind. Locals breathe this dust every day and see its traces on their cars, clothes, laundry and windows (below a video of dust on the car after rain).

The residents of Areni, Yeghegnadzor, Vayk, Herher, Urtsadzor also joined the group. Unlike the situation two years ago, when very few spoke against the mine, mostly hoping to work there, today residents not only were joining the march, but also suggesting to repeat such trips. 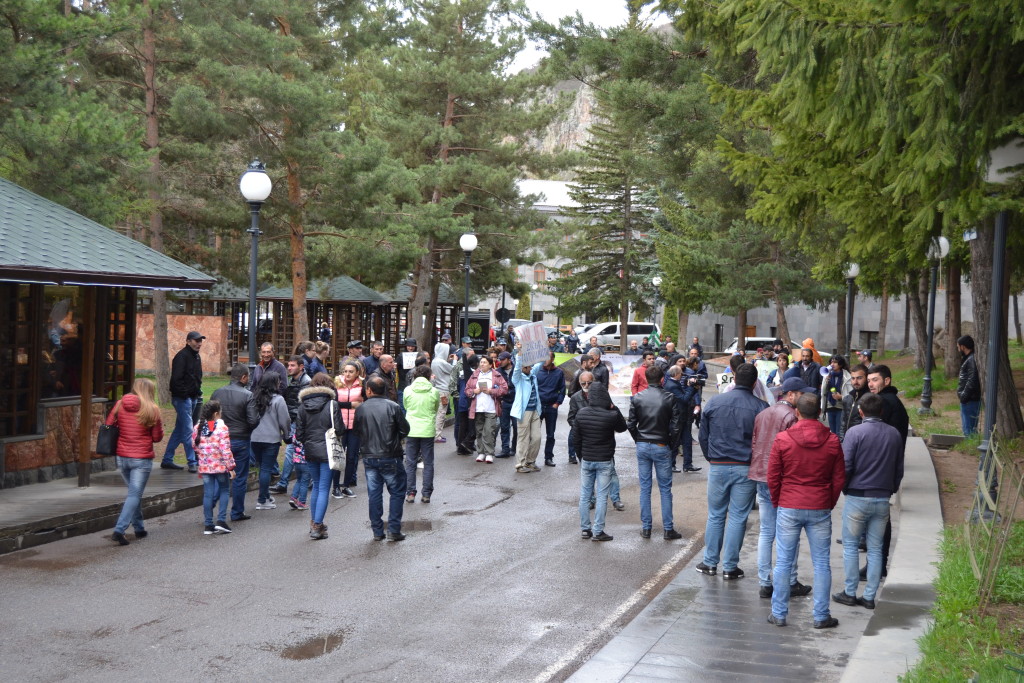 Locals and environmentalists mentioned that this trip was a warning for Lydian Armenia and the new government of Armenia for them to stop this disastrous project in Amulsar. If this doesn’t happen soon, there will be more active civic steps to reach that goal.

(below a video by Tehmine Yenokyan from Lragir.am interviewing the locals, with English subtitles)

Posted On 9th May 2018 ~ 0 Comments
One can conclude this judging by the comments that can be found on Toronto Stock Exchange page of Lydian International offshore company. Here, a number of shareholders…