Latest from Amulsar and people’s protests in Jermuk

It has been several days now that the residents near the mountain Amulsar, as well as environmentalists have been keeping the roads leading to the mountain closed, this way preventing Lydian company from continuing its construction works at the site. People oppose the gold mining project on mountain Amulsar since they are expressing their dissatisfaction with the prospects of Jermuk spa town turning into miners’ town and generally they oppose any mine activity that pollutes air, water and soil and deteriorates their standards of living. There are now several evidences that the promises to control any risk are not possible to implement. These evidences are both on the ground as well as based on the assessments of local and international independent specialists.

We’ve already published the video made by the locals, which show how dirty water from the construction site flows into the Arpa river. These waters have flowed into the nearby fishery which caused damage to the fish there. As a response, the company decided to give a temporary and insufficient solution by constructing a pipe that will take the dirty waters from the construction site further down the river bypassing the fishery, yet polluting the river. Long before that we also published a video about how despite the promises of the company that the dust will not travel further than 1 km from the mountain, yet it reaches as far as Jermuk town which is 7-8 km further from the mountain. Moreover, in the past months the company during its works twice damaged the drinking water pipes of the nearby Gndevaz village.

While local independent experts gave their own conclusions regarding the unsustainable prospects of this project as well as illegal grounds for implementing it (videos 1, video 2, video 3), international independent experts also visited Armenia to give their conclusions during a press conference. Later on they visited the mountain and the construction site, where some new details regarding the risk management were revealed, which allowed the experts to finalize their conclusions during yet another press conference clearly stating that “the water resources of Armenia are at risk from development of the Amulsar Project. This sensitive and highly prized part of Armenia should not be a testing ground for Lydian’s experimental methods. We hope that the government of Armenia is fully committed to protecting this area from potential impacts from the Amulsar Project.”

Meanwhile, the environmental groups and lawyers have presented the legal grounds for stopping the mine project. In addition to court cases against the mine project, there is also the order of the government to form a working group which will check all the mine sites in Armenia, starting from gold mine project in Amulsar. Since there is no mining in Amulsar yet, and only construction works are taking place, therefore it will be necessary to check for example the legality of the permissions the company obtained for operating the mine.

Despite all this, the company continued its construction works more intensively, working not only during the day time, but also at night and on weekends as the locals have informed. For this reason the locals have made the decision to protest and close the roads leading to the mountain.

There was a big rally in the evening of June 25th in Jermuk town during which the residents, environmentalists protested against the gold mine project and the company that wants to exploit it. They expressed their willingness and the right to live in a clean environment with better prospects than this mine project could promise.

Photos from the protest by Tehmine Yenokyan 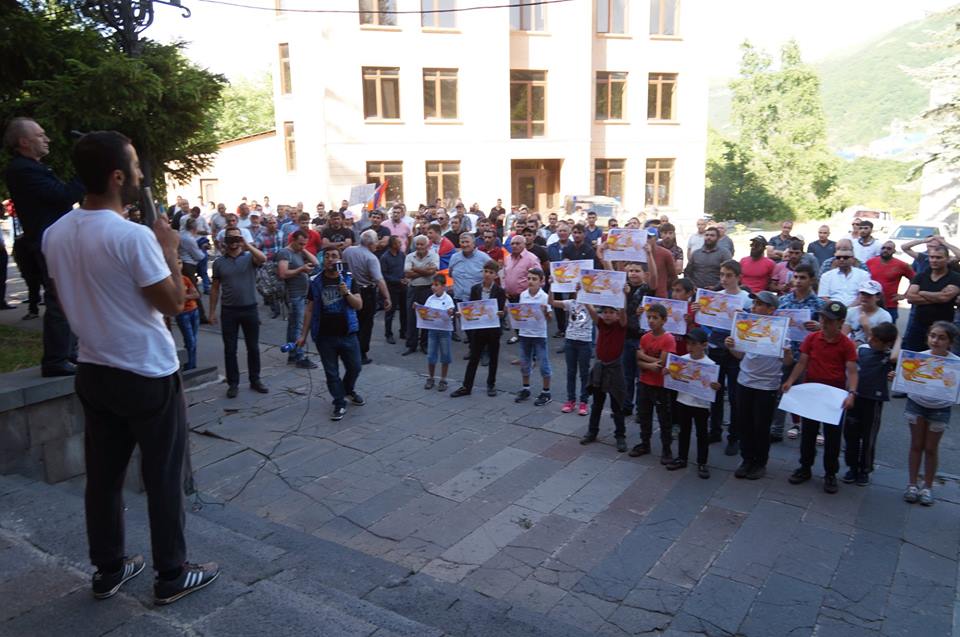 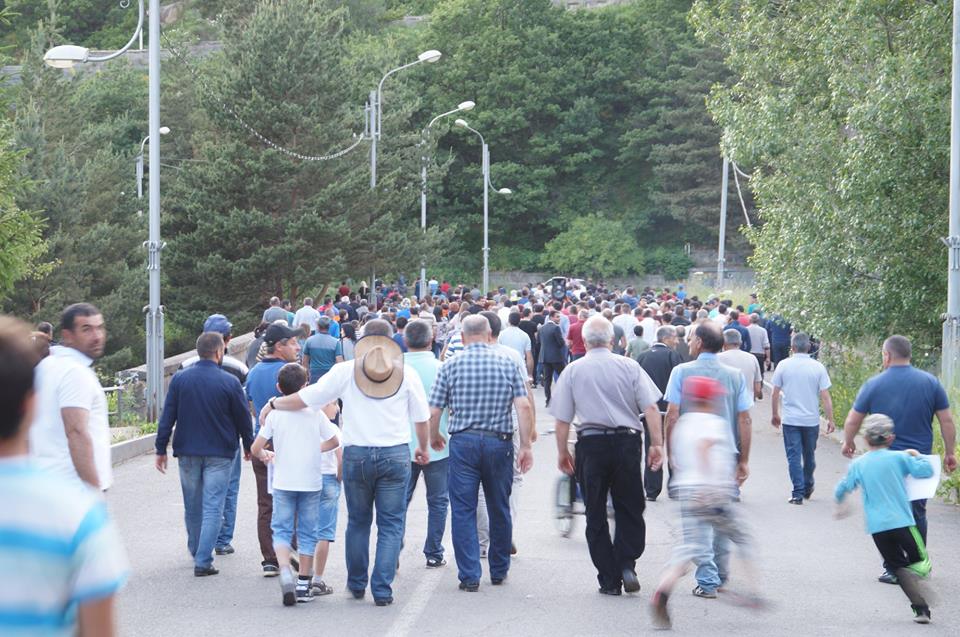 Posted On 5th November 2020 ~ 0 Comments
War is an extreme form of human and ecological catastrophe violating the right to life for humans and other species. Like war, mining is catastrophic…