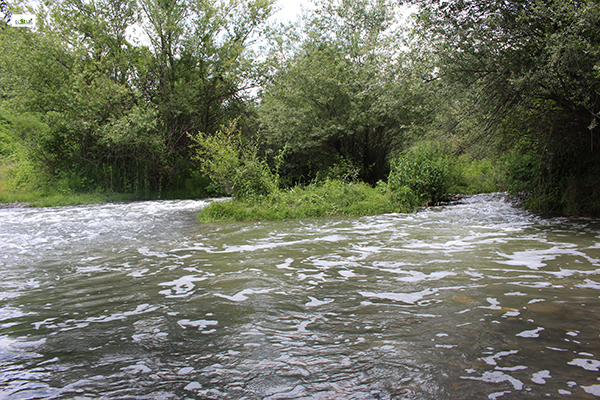 In 2014-2015 13 accidents of Zangezour Copper and Molybdenum Combine (ZCMC) tailing pipes resulted into tailings polluting the Syunik community, as the Syunik Community Head Samvel Sargsyan told EcoLur. “When there are accidents in the tailing pipes, Syunik community is the first to suffer from damages. The water flowing out of the tailings is polluted with sulphuric acid residue. Livestock, animals drink this water. Our children fish in the river without realizing the risks. People get sick, yet they don’t realize the causes,” said Samvel Sargsyan.

Syunik community is under the immediate impact of Artsvanik tailing dump of ZCMC. The community has 1,500 residents. The irrigation system starts from higher point than the wasting dump. That system was built with mediation of the OSCE office and with financial support of the ZCMC. The Atchanan River, which flows through the community and where ZCMC tailings are dumped, flows 11 km through the village and directly into the Voghji River.

On May 21, 2016 Armenia’s Government recognized eminent domain over 491.8093 ha land area within the administrative boundaries of Artsvanik, Sevaqar, Atchanan, Chapni and Syunik communities for the expansion of the tailing dump owned by the ZCMC. “They took 53 ha area from our community. Besides, the ZCMC has taken 6 ha land under its control without informing us. They brought the wastes and dumped on that area. For removing a square meter of humus layer, the fine is 10 thousand drams (~20$), 6 ha would be 600 million drams (~1mln 200thousand$). I prove them with a map that the area belongs to us, but they say it doesn’t. There is this false impression that we blackmail them, but in reality they blackmail us”, angrily says the Syunik community head.

He also adds that the ZCMC administration doesn’t compensate the damages the community suffers because of the accidents. He says he applied to the combine demanding to remove the damage and pay the compensation. But he received no response. “Our demand is that this area must be kept clean. First they need to clean the polluted water, then they must plant trees all around the tailing so that the air gets clean. Otherwise winds bring all the tailings to the community area. I am not asking for money for myself. I want it for my community in order to implement some social project.”

For all the photos, check the original source mentioned at the beginning.

Posted On 29th May 2016 ~ 0 Comments
In 2013 World Bank provided around 30 million USD as a loan to Republic of Armenia for improving its irrigation systems. The loan was provided…