Those Responsible for Funding and Equipping mining in Amulsar

In February 2017, Armenian Environmental Front published information on philanthropists of Armenian origin who support opening a mine in Amulsar Mountain next to Jermuk.

We are now presenting the key entities responsible for funding and equipping the Amulsar gold mine project. 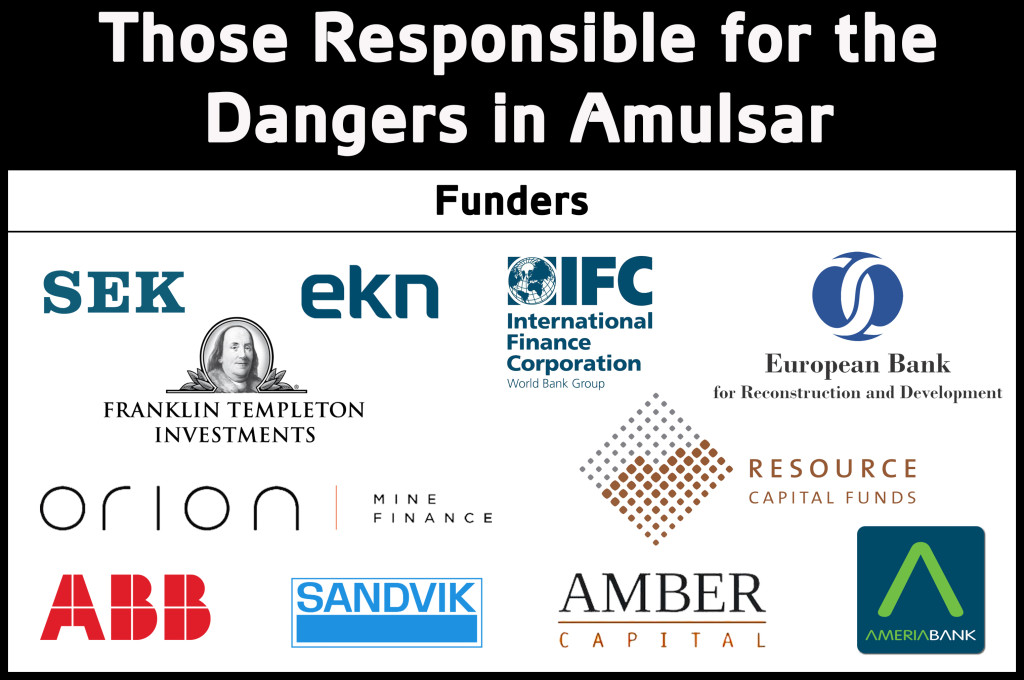 We plead with all concerned people to exert public pressure on the above-state institutions to withdraw their financing of this disastrous mining project by all possible means, including by writing emails and calling their headoffices, presenting the true dangers of this project, organizing actions of protests, involving international media etc.

The Amulsar gold mining project planned in close proximity to Jermuk resort is in violation of the national legislation of Armenia; the environmental and social impact assessments are substantially incomplete and incorrect; the project is subject to immediate closure.

A Petition has Started on Change.org against the Gold Mine Exploitation in Amulsar (with updates)

Posted On 3rd October 2016 ~ 0 Comments
Together with local and international organizations Pan-Armenian Environmental Front (PAEF) civil initiative has started a petition on change.org with the demand to stop gold mine exploitation…

Posted On 25th December 2018 ~ 0 Comments
Direct democracy won another victory in Armenia.  On December 18, 2018 Jermuk Community Council adopted a decision to approve the collective petition of its community…