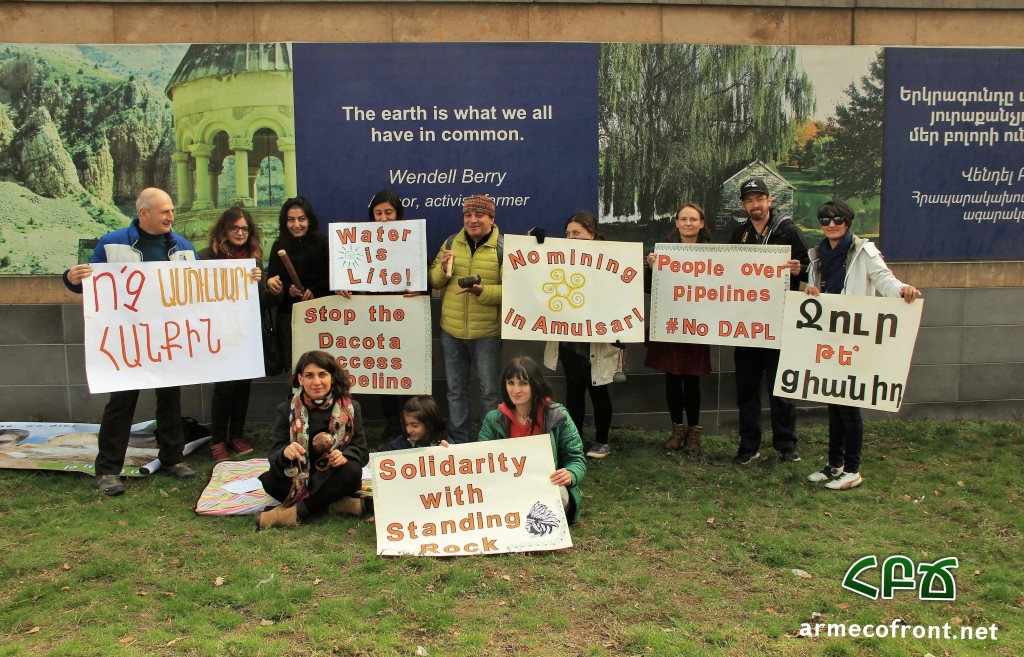 A movement against one of the threats to the Planet Earth is taking place in North Dakota, the U.S., where for months thousands of Native Americans, environmentalists and people standing against the greedy corporate capital are fighting for their land and water, spiritual values and for defending their habitats.

More than 200 Native American nations have stood up for protecting their water  and sacred territories from extremely dangerous shale oil pipeline that is planned to pass beneath Missouri river. Their struggle is pressured by heavily armed police violence. The DAPL project is yet another action of oppression and violence towards the native peoples, who have already been oppressed on their homeland for centuries. The DAPL project also reveals racism towards Native activists and especially women who  are exposed to violence and harassment by the police and corporate-hired militia; the fact of the project itself running through the territories of Native American reservation and avoiding the areas where overwhelmingly white population lives is another issue of concern. 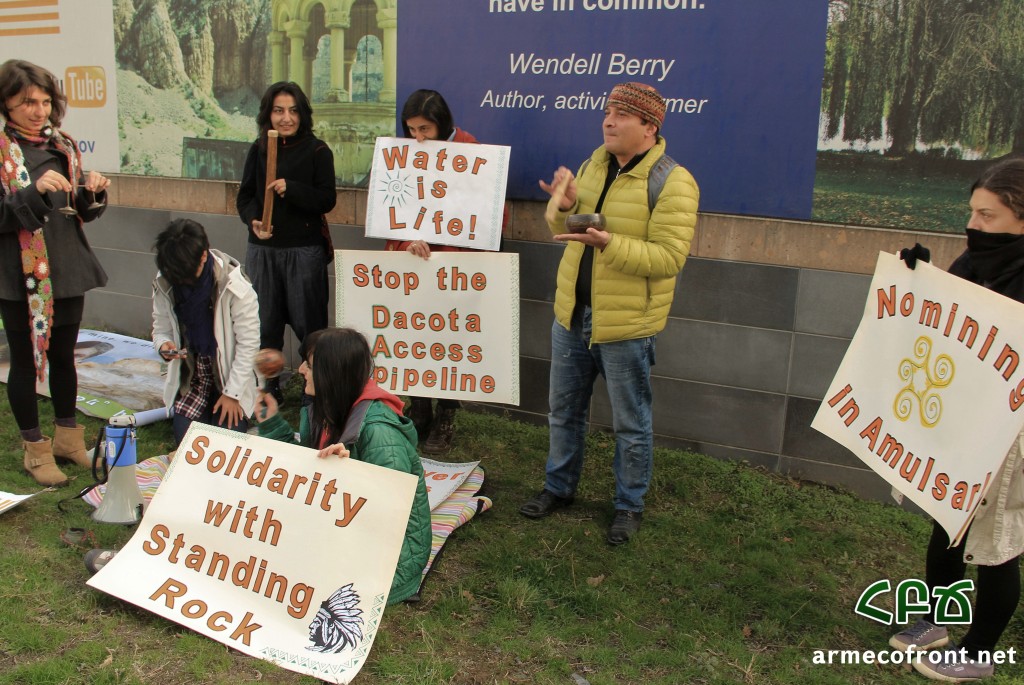 On the 10th of November an action took place in front of the U.S. Embassy in Armenia which had the purpose to express our solidarity with the movement in North Dakota, as well as point out our disagreement with another project taking place in Armenia and threatening nature and humans – Amulsar gold mine exploitation. This action thus highlighted that protection of Mother Nature has no borders and that it is vitally important to join efforts around the world to stand against corporate capitalism.

During the action a letter was handed to the ambassador of the U.S. in Armenia Richard Mills, which says, “It is with awe, rage and excitement that for months we are following the struggle of Standing Rock protectors. While the NoDAPL movement inspires us with the resilience, responsibility and spirituality of its indigenous and non-indigenous participants, we cannot but express our grave concern at the state violence of the police against protectors and impunity of the corporate-hired militia harassing them. We are strongly bothered to observe the militarization of the police in the United States, a trend that transcends borders and reaches Armenia through various international trainings and equipment of the Armenian police.

We also deplore the state of media coverage of this issue, as well as prosecution of journalists in a country hailed for plurality and freedom of speech.

In solidarity with the protectors of the Standing Rock, we stand by those who protect their water, sacred land and the planet. We share the anger and resistance of people struggling for justice and protection of nature in face of neo-liberal capitalist greed and lack of wisdom. We reaffirm our resistance to any potential US support of shale gas or oil exploration in Armenia.

We also remind that we are resolute in our own struggle to protect Armenia’s rivers and Lake Sevan from disastrous mining projects, one of which is the planned gold mining of Amulsar mountain.” 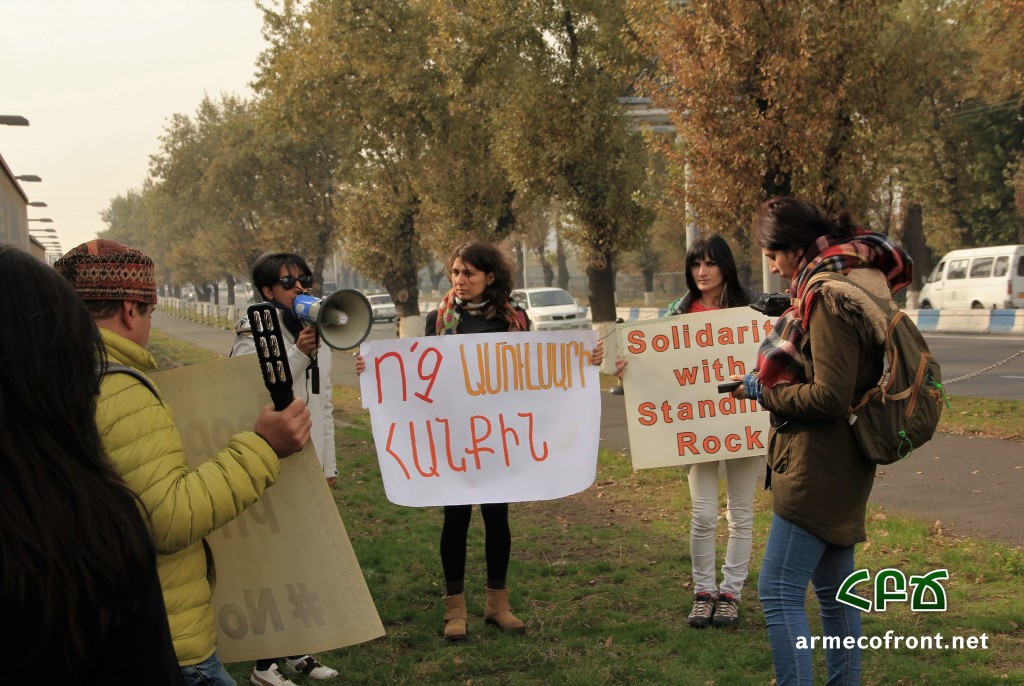 In addition to expressing solidarity, the participants also reaffirmed their resolution to protect the nature and the habitat of humans and non-humans on the Planet and also raised their voice against Amulsar gold mine which enjoys the high patronage of the U.S. embassy. During the action leaflets were distributed about the risks of Amulsar mine with a call to join the petition to stop Amulsar mine exploitation in Armenia.

Open Letter: Funding construction of a new landfill without recycling facilities is not acceptable in the age of human-caused-climate-crisis