In response to the World Bank Yerevan office’s invitation to participate in a workshop to discuss the draft note on “Environmental Governance in Mining Sector”, we would like to state that we refuse to participate in the workshop due to a number of fundamental contradictions: 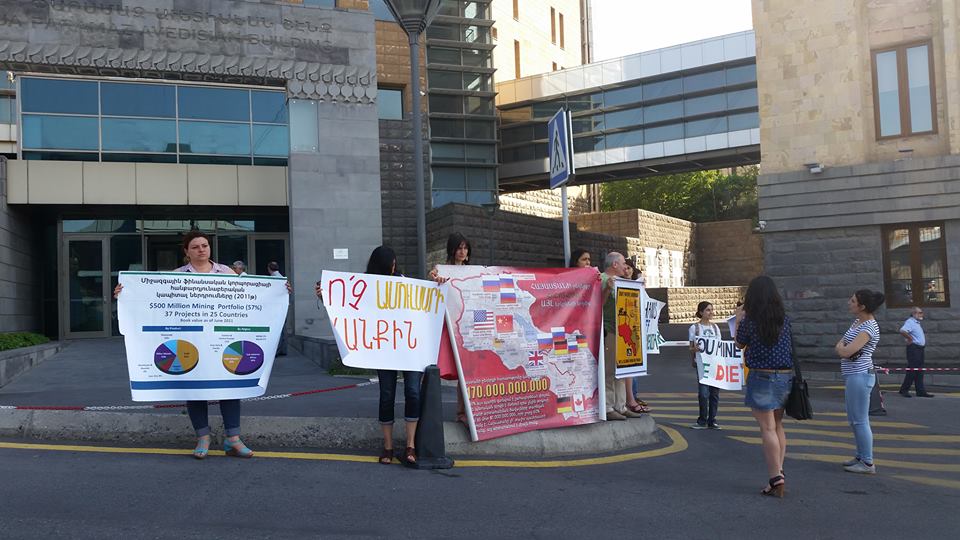 • The World Bank propagates an ideology of growth-based economy. Mining in Armenia is also viewed by the bank in this context. However, promotion of economic growth is nothing if no answers are given to simple questions as to “growth for whom and for which purposes?” Honest responses to these questions lead to the failure of the growth-based ideology. Both Armenia’s and world experience show that growth-based economic activities have lead to such disastrous consequences as climate change and perpetual inequality between the poor and the rich (both between people, as well as countries and regions). This ideology of the bank ignores fair distribution of wealth, promotes privatization of the public sphere and submerges dozens of countries in the world in “eternal” debt through its lending schemes. This process is often accompanied by unequivocal cooperation with or support to explicitly dictatorial governments who have usurped the power of their own nations. In a situation when the Armenian people’s will was brutally suppressed during the 2015 constitutional reforms and the electoral fraud was widely recognized as leading to illegitimacy of the official referendum results, and thus the people of Armenia are deprived of their right to participate in governance and decision-making, the World Bank continues to evaluate all illegitimate legislative procedures as “one step forward”. One such example has been the Mining Code hastily adopted in 2011.

• We do not believe that our choices are limited to “the lesser of the evils” – mining or unemployment, growth-based economy or poverty. We clearly see alternatives which the World Bank hinders to be pursued due to its neoliberal politics. The World Bank has not only overtly supported the disastrous Amulsar mining project near Jermuk health resort, but has directly defended the equity shareholder rights of its member IFC in the offshore-registered Lydian International company to whom this mine is commissioned to. We defy the fate of being a mineral resource adjunct to the “first world”! 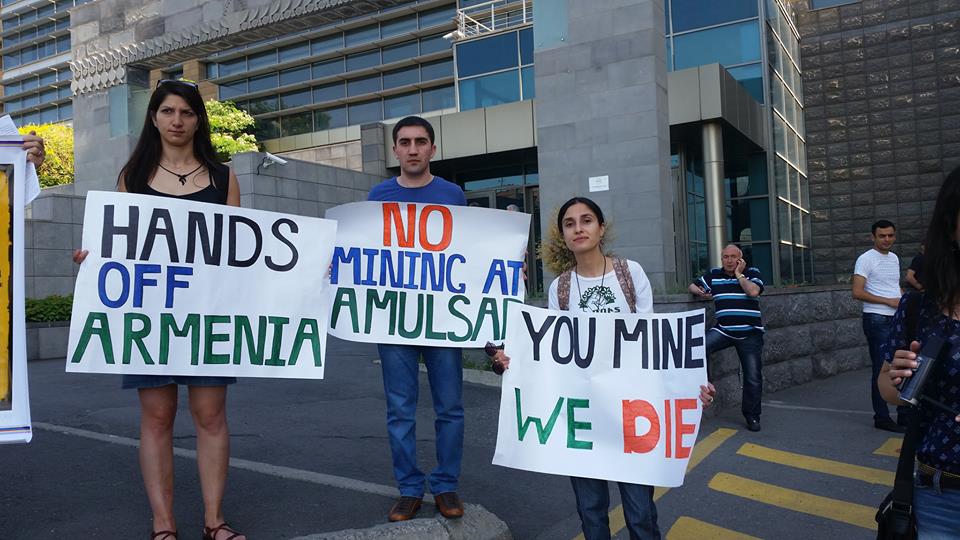 • We claim that “responsible mining” is a myth, as in the absence of public control, protection of the hegemony of the private sector, weakening of overseeing laws and regulations, elimination of institutions that defend the rights of workers, absence of environmental regulations or their fictive nature, only the private companies and their donors benefit, while all the rest are losing and the environment gets damaged. The society has in numerous cases demanded from the Armenian government to conduct inspections in the illegally operating Teghut mine, however all these demands were rejected under the pretence of “not hindering the business sector unduly”. Even in Canada, where the companies operate not simply based on their good will and “responsibility” but based on their obligation to comply with regulations, many mines in the state of Alberta have raised the indignation of the locals and have immensely damaged the nature. You do not need to persuade us that in countries like ours, where laws are being adjusted to extractive and energy projects, where labour and environmental regulations are almost nullified, “responsible mining” can work.

• There is more than ample professional research in Armenia that mining has negative impact on people’s health, the environment, potential for other sectors of the economy to develop. On the 29.7 square km of the Republic of Armenia, there are already 460 mining concessions, of which 27 are metal mines, another 85 are in exploration. As a result, we have 23 open or semi-open tailing dumps, more than 800 million tons of mining waste full of heavy metals and hazardous substances. The claims that mines create jobs or contribute to the well-being of communities, are a myth: as of 2013 data, only 9400 persons work in the mining sector of Armenia which is 0.8% of Armenia’s workforce, mining accounts for only 3-4 % of the GDP, only 3% of the state budget’s revenues, wherein the majority of the revenues are received from only 1 large mining company. The communities near these mines suffer from lethal illnesses, they do not have any opportunity to pursue other economic activities, for example, agriculture, they are deprived of their lands, their properties are worthless. Our position is clear – no more new mines in this country, including the Amulsar gold mine; all the existing ones need to be inspected and some of them need to be closed.

• In the invitation directed to us it is mentioned that all the stakeholders, including the civil society, need to bear full responsibility for this sector. This is not the first time that the World Bank is attempting to orchestrate “participatory processes”. We have been witnesses to these processes in early 2000s when the drafting of the Poverty Reduction Strategic Paper was taking place, which however failed, as it only ensured the fictive participation of a number of “pocket” civil society organizations, whereas those with fundamental opposition were either excluded or marginalized. At the same time, (mostly fictive) presence of NGOs or other civic institutions is abused in order to justify the “participatory” nature of these processes and that all the stakeholders had an opportunity to raise their points. However, this is a fraudulent claim, as in reality those with fundamental opposition have no mechanisms to affect decision-making. There is no need to remind how the World Bank-supported “participatory” working group in charge of drafting an environmental expertise draft law was deceived when its draft law entered the Parliament and was maliciously modified and adopted within just 1 day, without public hearings. The World Bank received letters from the working group members stating that this process was illegitimate. It is unclear as to why after so many failures persons that reject such illegitimate processes continue to be labelled as “uncooperative”. These failures are not peculiar to Armenia only as similar criticism is raised in many parts of the “third world”.

It is unfortunate that those invited to the workshop with their activities reaffirm and support processes that are inherently regressive, are detrimental to the interests of Armenia’s current and future generations and are proclaimed in defence of international capital.

We wish you a nice coffee break, while we will strive to defend the rights of nature and population in platforms outside similar “conferences”.

To read more։ Time for Armenia to choose: Mining for Development or Systematic Plunder?
Unsustainable Projects in Armenia: Case of Amulsar Gold Mining by Lydian International

Posted On 8th July 2018 ~ 0 Comments
Initially this article appeared on The Armenian Weekly. It has been over 15 days that the roads leading to Amulsar are closed by residents of…