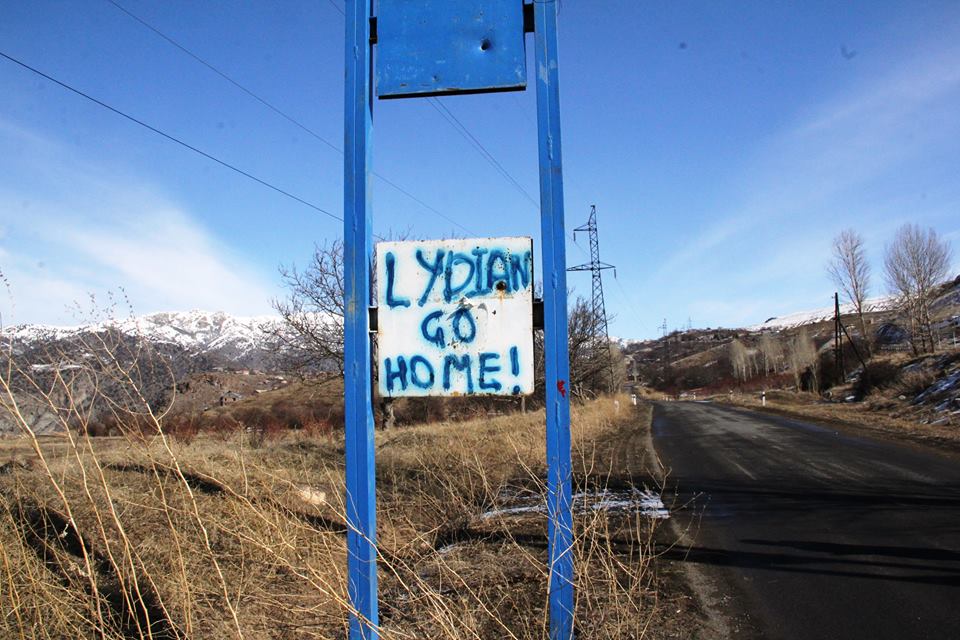 Open letter to “Geoteam” company (“Lydian International”) from locals of Vayots Dzor region regarding Amulsar gold mine. Translated by Ecolur.org.

Getting acquainted with Amulsar project we got very concerned and we need clarifications and assessments of the risks we will face, environmental, health and ecological hazards, so are addressing an open letter to Geoteam Company and independent experts to assess the risks and to make the population aware of them.

1. You mentioned that you have changed the location of the heap leach facility three times since 2011, we would like to know about the advantages of the selected location as compared with the previous two, whether environmental, health and ecological risks are lower or higher and whether the locations is nearer to the communities than the previous ones.

We would like to get clarifications what kind of environmental disaster will be generated in Vayots Dzor after the water polluted with million tons of heavy metals, cyanide and hydrochloric acid due to rains and snow melting in 3.63 million tons of cyanic solution and 134 ha of area will flow into the Arpa River, as almost all the villages in Vayots Dzor irrigate their fields with the water from the Arpa River.

4. You will destroy the orchards and fields in the land areas you purchased for heap leach facility and other premises, so please specify whether it’s possible to use the harvest of the orchards and kitchen gardens located in a distance of several dozen meters or to sell them to you as food.

5. You mention that in the heap leach facility the PH of the sodium cyanide shall be 11 and over in order not to have hydrogen cyanide leak, the small amount of which is lethal. We would like to get clarifications how this process will be implemented in the area of 134 ha with 4 million tons of solution under temperature fluctuations from -30 to +30 degrees in the rain or snow or what kind of equipment will be installed in this area of 134 ha, where 20 tons of cyanide vapors will turn into emissions of 600 kg and 10 tons of hydrochloric acid will turn into emissions of 300 kg. If all this comes true, whether 4 million tons of alkaline solutions and 600 kg of cyanide, 300 kg of hydrochloric acid won’t be hazardous for the residents and area ecology. 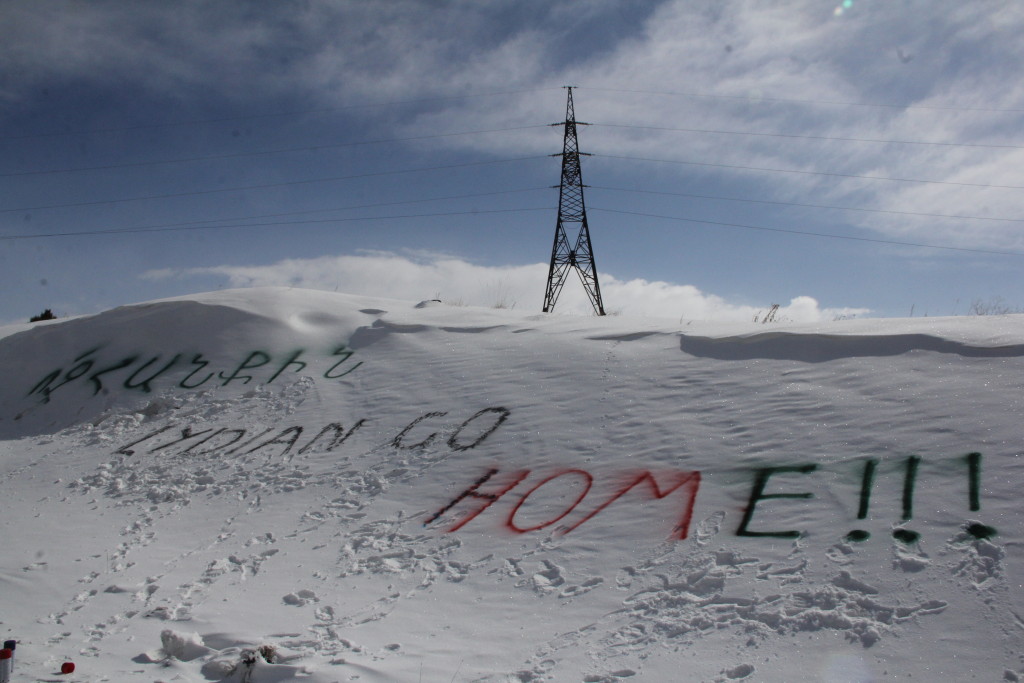 Now let’s discuss the hazards and risks of inorganic dust. Analyses of 40 samples taken from Amulsar mine show that besides precious metals, the ore also contains 26 heavy metals and toxic elements (bismuth, cadmium, cobalt, chromium, copper, gallium, molybdenum, nickel, lead, antimony, scandium, titanium, uranium, strontium, vanadium, zinc and wolfram) and toxic elements (arsenic, beryllium, thallium, selenium, mercury and cadmium), which are all very toxic for the human organism. If these elements penetrate into human organism in overdose concentrations, they can cause mutations, poisoning, cardiovascular diseases and cancer with lethal outcomes.

1. In the open pit area of 113.9 ha annually 12088.2 tons of explosives will be used: each well will be charged with 239.6 kg of explosives, 50452 explosions will be carried out, dust emission accounts for 761.56 tons per year and dust will be spread in distance of 100-1000, noise level will be almost inaudible in adjacent communities. If the person, who made these calculations, had been to Amulsar, winds would have blown him off for 100 meters.

Emissions in case of mine development:

Though these figures are far from being real, we would like you to clarify the ecological impact in the area and Vorotan-Arpa Tunnel.

Barren Rock Storage Facility (BRSF) is located in the area of 140 ha in a distance of 5 km from the open pit and 7 km from Kechout reservoir, which is located in the drainage basin of Kechout and Spandaryan reservoirs. Annually around 46.7 million tons of ore will be transported here, which will be crushed with three crushers located in a distance of 4.5 km, and then transported via four overland conveyors for 7.2 km up to track stucking spot adding thousands tons of sodium hydroxide. Afterwards 3 trucks of BelAz–7513 make will transport them to the heap leach facility located in a distance of 1 km. If we spread the crushed ore in the area of 134 ha, we will get a layer of 8 meters high.

We would like to apologize for not presenting all your figures on emissions, where you mention that dust emission of one ton of ore will make up only 1.5 grams after passing the filters of three crushers, a technology any pharmaceutical plant will be jealous of.

You mention that Amulsar project will have positive influence on the adjacent communities as represented by Gndevaz: let’s say 20% of the village population and their relatives will be employed at the mine at the expense of their health being deprived of any opportunity to deal with agriculture.

We would like you to clarify what the local population in Gndevaz and Kechout will be engaged with when you will stop your activities in 13 years: agriculture and livestock keeping are excluded: no working places will be available. Gndevaz village will have to be resettled.

How do you imagine what the future of Jermuk resort town will be like?
There are many questions that we are concerned with and we expect to get at least the clarifications of these global risks, and we would also like to ask the independent experts to share with their opinions and observations on the problems we raised.

Residents concerned with Future of Gndevaz and Vayots Dzor.

Posted On 4th December 2017 ~ 0 Comments
On 4th of December 2017 a letter calling for including waste recycling component in the new landfill construction project was sent to Yerevan Municipality, Armenia's…

Amulsar: Letter to the Board of Directors of the World Bank COO and VPs of the International Finance Corporation

Posted On 19th April 2017 ~ 0 Comments
In April 2014 and July 2014, residents of Gndevaz and Jermuk communities together with several environmental NGOs in Armenia submitted two complaints to CAO with…

Why Amulsar should not be exploited?