In the last month the civil initiative Armenian Environmental Front is receiving a number of alerts on caged wild animals, particularly mentioning Red listed brown bears kept in cages at entertainment and recreational zones throughout Armenia.

A number of photos were distributed about caged adult bears and cubs through social channels as well. We have transferred the calls to the Ministry of Nature Protection. At the initial stage after the calls were made, those bears were being discovered by the Environmental inspectors and the lawfulness assessed, whereas after the last two calls the bears were simply disappearing.

On May 11th, after alerting about a bear cub kept in the cage at the restaurant “Kanach Drakht” (Green Heaven-trnsl.) located in Zovashen community of Ararat region, we received a phone call from the director of the restaurant, asking about our motives of alerting the Ministry and saying that the cub has been taken from a restaurant called “Ardjanots” (a place of holding bears-trns.) and is kept at a 2×2 m cage. He got very surprised to know that there’s a respective Governmental decision that prohibits holding bears in such conditions.

After this call, we received another call from Ararat’s regional environmental inspector Arthur Badalyan informing us about his visit to “Kanach Drakht”, where he did not found any bear. According to Mr. Badalyan, the director of the restaurant has given him an explanation and stated that the bear cub was transferred to the Yerevan Zoo.

So we addressed the Yerevan Zoo and received an official response that within the last 3 days no bear was transferred from “Kanach Drakht” to the Zoo. We passed this information to the respective inspector as well as to the Ministry through their Hotline and were told totally different story-as if the visitors have brought the cub with them to the restaurant, played with it for a while and took back with them.

The impression is that yesterdays’ calls did not happen and the Ministry was trying to conceal the reality for unknown reasons.

In addition to this, the photo distributed through the social channels clearly shows that the bear cub is placed in a cage, whereas both the restaurant director and the environmental inspector were stating that the bear was “at the territory of the restaurant”

Before this, after another alert about a brown bear kept in Berdavan village of Tavush region, the Ministry stated that no bear was found during their survey at the mentioned location. 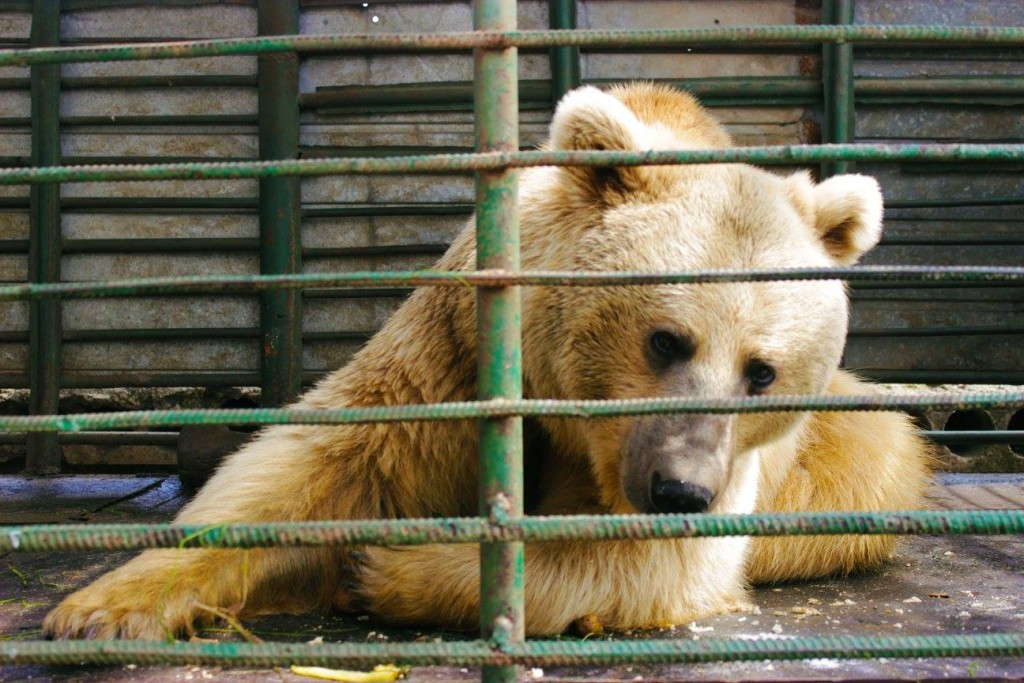 We call upon all journalists, organizations dealing with wildlife preservation, animal lovers, individuals, as well as law enforcement agencies to follow up these cases and appeal to the Ministry of Nature Protection and their relevant staff to give up the habit of concealing environmental and conservation issues and fully implement their functions as it is stated by the law.

Posted On 8th August 2015 ~ 0 Comments
Here you can become familiar with various expert opinions, analysis, articles and videos regarding the Amulsar gold mine published during different time periods. The list…

Cronimet says it is reponsible, ZCMC acts the opposite way