A letter of anger and hope 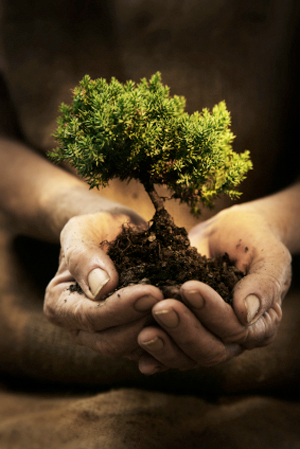 Stop anyone in the street and ask if they love Nature, most of them will say they do. But for a reason this love is passionless and effortless, as we witness continuous suffering of Nature in the hands of those who place short term monetary profit above long term harmony with Nature. This doesn’t mean that nature lovers are indifferent. This means that sometimes they are naively slow in taking actions that would stop any destructive activity on and below the ground. Or else the ones responsible for all the mistreatment are too fast. The responsibility for all wrongdoings of course lies on every one of us when a new mine is exploited or a river is stopped for a new hydro-power project. But it takes time before environmentalists and Nature lovers learn how to mobilize against those who are dragging everyone behind the path of living in harmony with Nature.

We, as Nature lovers, environmentalists, are constantly analyzing, planning, acting and again analyzing what to do to prevent the endless exploitation of natural resources which may benefit people in short term, but in long term we all lose. But clearly our situation is not an easy one where we have to go against figures which have much more material resources to persuade everyone in the benefits of their destructive projects, even if the only real beneficiaries are those few rich.

Take for example the World Bank (WBG) with its International Finance Corporation (IFC), a combination of strange words for Mother Nature. We, those who want to care for Nature and for ourselves, have to deal with these institutions and make it clear for them that the age of colonialism is over. Of course there are individuals behind these words, for example Jim Yong Kim (12th President of the World Bank). His bio on the website says that he “has dedicated himself to international development for more than two decades, helping to improve the lives of under-served populations worldwide”. Moreover, the purpose of the IFC is mentioned as a development finance institution that aims to develop private sector and reduce poverty. Logic sometimes fails humans and often these words are just void.

Take a few project examples this institution funds. For example water project in Garni, Armenia that promised to benefit some, and leave others with nothing but dried-up river and reservoir, loss of opportunity to earn living from agriculture and thus poverty. I know this and all other examples are from humans’ lens. Sadly we have not yet reached to the point when we could defend Mother Nature just for the sake of Mother Nature and not for people’s benefits. But luckily often wider public’s interests go hand in hand with Nature’s.

Another horrific example is Amulsar gold mine in Armenia. There is some gold there, so this financial institution, together with another institution, European Bank for Reconstruction and Development (EBRD), again lots of meaningless words for Mother Nature, have decided to give money to those who want to dig out the gold. The exploiters are some western citizens that have come to grab the gold, like in old times, when they would colonize countries for their gold or silver or humans. Just listen to what the EBRD stands for, “the EBRD mandates to work only in countries that are committed to democratic principles. It promotes environmentally sound and sustainable development”.

Now let me ask Mr. Suma Chakrabarti (6th president of the EBRD), have you seen what project your institution is funding? It funds a gold mining project, where the gold will be extracted with poisonous substances (i.e. cyanide) right next to the residential village. The mine will be exploited next to a spa town that is famous for its underground mineral waters. This mine is located next to waters that feed Armenia’s two biggest water reservoirs and Lake Sevan. Extinct plants will be transported (this is the peak) elsewhere not to be affected by the mine activities. Mr. Chakrabarti, are we still speaking about environmentally sound and sustainable project?

Now regarding the EBRD’s cooperation only with countries that are committed to democratic principles – the laws of Armenia have been changed to fit this project. For example, agricultural lands in the village near the mine were declared eminent domain, whereas the Ministry of Justice of Armenia had declared that this step contradicts Article 60 (part 5) of Armenia’s Constitution, because eminent domain can be declared only for public or state needs and these needs should be conditioned by public’s interests. What is the public interest in this private gold mining project? Poisoned soil, air and water? Damaged health? End of agriculture? Poverty? Or here is another example. In July 2013 a decision was made by the government of Armenia to change the zone of Lake Sevan catchment basin, so that the mine project and its heap leach facility remain outside the impact zone and thus posed no risk for Lake Sevan at least on papers. But who are we fooling? Nature? Ourselves?

And just recently Lydian Armenia, the company that wants to exploit the mine, decided to attempt silencing the environmental activists who voice the risks of this mining project through the police. Mr. Chakrabarti, you can read the whole analysis in details here and here and then think about either bluntly stating the mission of your institution, or else finally and sincerely serve to its publicly announced mission.

I know we have messed things up, not only in Armenia, but almost everywhere. I ask neither for your wrath over those who mistreat you, nor superpowers to destroy them myself. I ask you only for patience and belief in us, those who love and cherish you. Because I know that in fact we already have the power to stop the wheel of greed and the self-destructive machine. All we need is to be more strategic, creative and quick to adapt to changing circumstances. We have done it before and I am sure we will do it even better now. Your belief in us is what supports and encourages us.

Our deep gratitude to you.

Posted On 9th May 2018 ~ 0 Comments
One can conclude this judging by the comments that can be found on Toronto Stock Exchange page of Lydian International offshore company. Here, a number of shareholders…

February 16, Court Hearing Around the Claim to Cancel Amulsar Gold Mine Project. AEF

Posted On 15th February 2017 ~ 0 Comments
Since April 2015, many residents of Gndevaz community of Vayots Dzor marz and two environmental NGOs have been litigating the permits given by the RA…