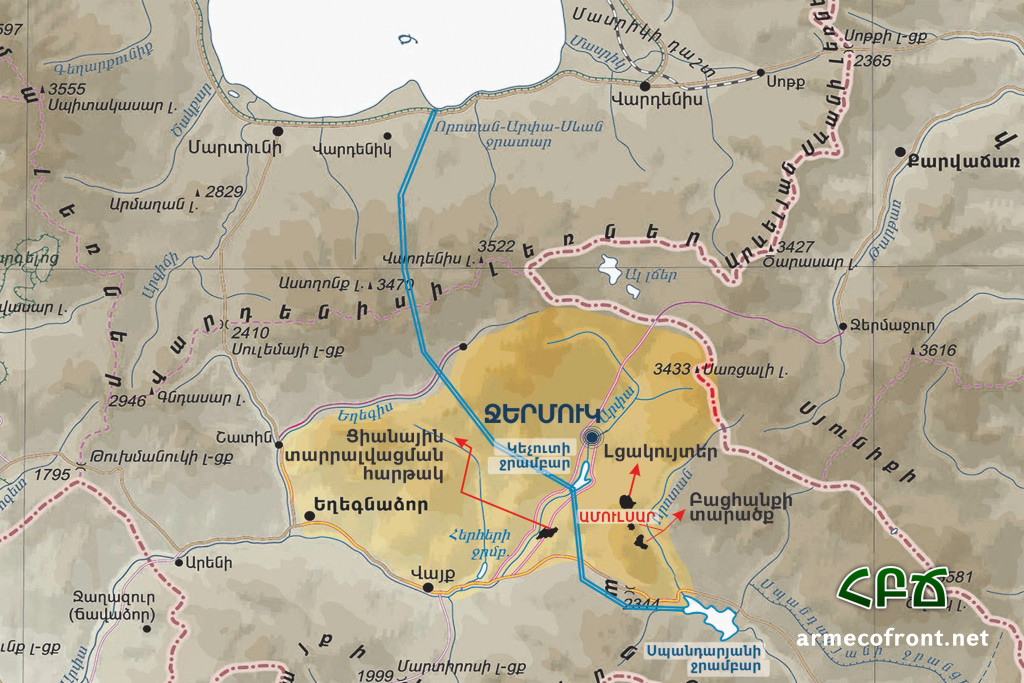 On 4th of August, 2017, a number of organizations wrote to RA Prime Minister Karen Karapetyan with request to order the Ministry of Nature Protection to seriously study and assess the reports by international experts on gold project in Amulsar, since these reports clearly mention that the costs of cleaning the polluted waters caused by mine project of this scale can exceed the taxes paid to the state, while in unpredictable cases this cost might fully fall on the shoulders of the state and Armenia’s citizens.

The reason for sending this letter to prime minister is that these reports include numerous irrefutable facts which question the credibility of reports presented by Lydian, as well as their correspondence to requirements and limitations set by Armenia’s laws, and productivity of monitoring plan for environmental/social impact assessment.

Environmentalists had offered the Ministry of Environmental Protection to take into account the new ecological circumstances and based on the RA Law “On Environmental Impact Assessment and Expertise”, article 21, part 2, point 5, annul the ԲՓ35 positive conclusion for the ESIA of this project given on April 29, 2016 (the letter can be found here).

25 days after sending this letter a 1.5-page-reply was received, where the raised questions were ignored. It has been signed by the head of “EIA Assessment Center” SNCO V. Sahakyan (reply in Armenian).

The ministry only informed that it cannot annul its positive conclusion, since the findings by international independent experts cannot be viewed as new ecological factors. They then presented some explanations for that decision.

The reply meanwhile doesn’t state that the ministry has assessed the reports by these international experts and what conclusions it has come to.

Instead, it once again presents the grounds brought by Lydian, a company with no prior experience in mining, which refute the serious arguments of the international experts regarding the risks of acid rock drainage and pollution of surface and underground waters.

It appears that there is no expertise within the Armenian Government to recognize, assess, monitor the Amulsar ARD mitigation or control this potential release for the Armenian people.”

It turns out that for the first time in the history of independent Armenia international expertise on environmental impact assessment is available for a big mining project, and yet the ministry has no willingness or expertise, to study the reports on this project by experts and present its own opinion. Isn’t it easier after all to write and state that the ministry believes in Lydian’s words and it lacks capacity for its own expertise, in this way avoiding responsibility?

Amulsar: Letter to the Board of Directors of the World Bank COO and VPs of the International Finance Corporation

Posted On 19th April 2017 ~ 0 Comments
In April 2014 and July 2014, residents of Gndevaz and Jermuk communities together with several environmental NGOs in Armenia submitted two complaints to CAO with…

Posted On 20th November 2016 ~ 0 Comments
Dear My Armenia Program and Armenian General Benevolent Union (AGBU), As we are following any progress in Armenia that is particularly aimed at developing Armenia’s…

Who are Lydian’s “independent” mining experts?